Pardon the long radio silence, friends. Between long training weeks and recurring injury woes, I just didn’t have the energy or motivation to write my regular updates.

The calf issue that was supposed to resolve quickly became a bigger obstacle than originally expected. A week after completing my first round of physical therapy, my calf started to tighten up again as soon as I started running. I made the classic mistake of consulting Dr. Google, diagnosed myself with compartment syndrome, and convinced myself that there was no way I could finish IMCdA. My coach referred me to another PT who determined that I was suffering from a calf strain. Rehab involved glute and calf-strengthening exercises and running on the Alter-G antigravity treadmill. Over the course of four weeks, I gradually increased the weight bearing, duration, and speed of my runs. Last week, I was cleared to run outside under my full body weight. I can’t afford to get injured again since I only have two months until Ironman, so I’m being very conservative and taking regular walk breaks during my runs. I miss ass-kicking track sessions and long hilly trail runs but I’m happy to be making progress.

Getting ready to run in a bubble

To compensate for my running setbacks, my coach turned the dial on my swim and bike training to 11. Most weeks, my schedule included three 4,000 yard Masters sessions, an open water swim, two weight training sessions and 5-7 bike rides. Unsurprisingly, I’m constantly tired, sore, and hungry! 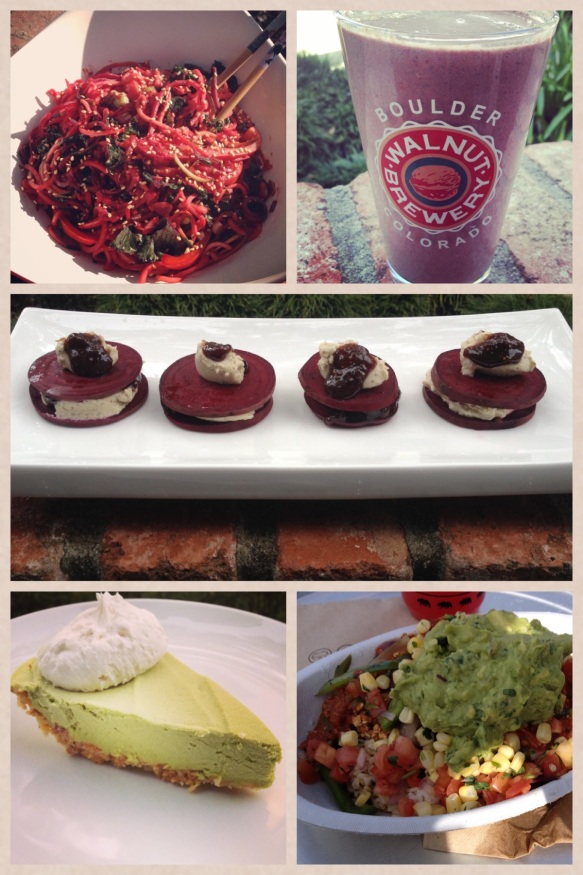 This week was a failure in time management. My training plan continues to build and I didn’t manage to make time for all of my workouts between the work that pays the bills and my final physical therapy sessions. I’m not going to beat myself up over two workouts but I’m also not going to make excuses. It’s time to move on and do better next week!

On Friday, I convinced a couple of friends to join me for an open water swim at Shadow Cliffs. Word on the street is Lake Coeur d’Alene can be pretty damn cold on race day so I wanted to start acclimating as soon as possible. The water temp at the beach was about 58 degrees F and a few degrees colder in the deeper areas. By the end of our short (~1,000 yards) swim, my hands and feet were completely numb (I didn’t wear booties or gloves). I’ll need to start testing strategies to heat up my extremities on race day. I’m thinking hand and toe warmers will be good. Any other suggestions? 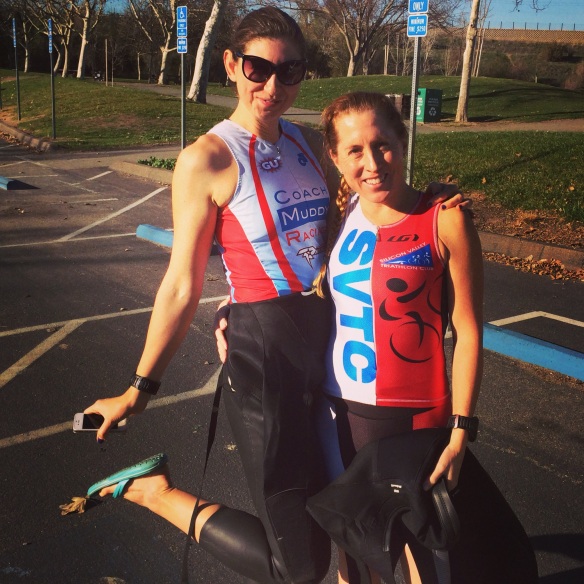 Bike: 1 hour on the trainer

Although my mom will never admit it, I’m pretty sure my existence started as an accident. This awkward fact has set the tone for the rest of my life as I am the dictionary definition of accident-prone. I honestly wonder how I’m still alive after 31 years of hurting myself in the dumbest ways.

Case in point, I am currently typing this post by pecking the the keyboard with my right hand while elevating and icing my left hand. Wondering what’s wrong with my hand? I broke some blood vessels in my middle finger while engaging in the dangerous activity of WASHING DISHES. Now it’s swollen, throbbing, and a beautiful shade of blue. Hopefully, I can keep it under control and avoid going to the hospital to get it drained.

This hilariously lame injury has inspired me to share a few of the dumb shit that has sent me to the ER over the years.

One of my earliest and most severe accidents occurred when I was only a few years old. I broke my leg when the rug I was dancing on slipped from under my feet. According to my mom, the doctor at Detroit Children’s Hospital pulled her aside to ask if my dad hurt me because I managed to break my leg in a way that’s usually caused by child abuse. After she explained that I did it all on my own, I was wrapped up in a full-leg cast and sent home. These days, I turn into Debbie Downer and tell this story to my friends whenever I see their child dancing on a rug.

More recently, I fell down the stairs outside my apartment while carrying a box of garbage to the dumpster. I thought I reached the bottom step, but I was mistaken. I twisted my ankle, heard a loud pop, fell back, and the box of trash landed on me. No one was around to help me so I had to hobble to the dumpster and back up the stairs to my apartment. Fortunately, it was only a sprain but I had to take a six week break from running and couldn’t race the Big Sur Half Marathon that year. Shortly after my ankle healed, I sprained it again while crossing the street with the dog…

Then there was the bread knife incident… I was slicing a bagel with the awesome Shun bread knife I just received as a gift from my boyfriend. Like a moron, I was cutting toward my hand and sliced my palm. I’ve cut myself many times in the past without needing stitches but this was my first incident with a serrated knife. 30 minutes of pressure and elevation didn’t slow the bleeding so I relented and sought medical attention. My hand needed four stitches and six weeks to heal.

I also had the great fortune of getting a staph infection in my toe during a half ironman. I’m not sure how I caught it, but I do know that it was incredibly painful.

I’ve had so many dumb injuries in my life, I almost signed up for a twitter account last week for this:

Are you accident-prone?
What’s your dumbest injury?

My finger doesn’t look pretty today but the swelling is under control. No ER trip this time!